Experiencing a wedding at the Grand Hotel is something of a dream, and Mackinac Island is a special place of its own. The island bright and whimsical, and it showcases some of the best things about Northern Michigan.  There isn’t a place on the island that didn’t feel like the most joyful late summer day–especially with all of that sunshine.   The streets are filled with carriages and ice cream parlors and fudge places and adorable gift shops.   But let’s just daydream about the Grand with all of its lively wallpapers and lush grounds for just a bit.  It was truly a magical place to celebrate Megan and Michael’s wedding day.

The day started at the Grand Hotel bright and early. Everything that Megan planned not only celebrated who they are together but made the celebration enjoyable for everyone who was able to share in it.   The two got ready at the hotel in the morning with a first look at the porch.  After they spent just a few minutes enjoying each other, we hurried off to catch our boat back to the mainland and headed to the church. They were married at the lovely Cross in the Woods in Indian River by Fr. John Jaddou. The ceremony was beautiful itself and then it was on to the first celebration. We boarded the Sip ‘N Sail Mackinac for food music and dancing and an extended trip under the Mackinac Bridge.

I don’t know that any of us wanted the party to end and get off the boat. But we did, and it was so worth it.  Portraits in the Grand Hotel’s Secret Garden followed by dinner on the Porch.  Pure Michigan perfection.

There were a ton of little things that happened that made all of this day extra. A family friend created a beautiful dress hanger made of lace from Megans’s mother and grandmother’s wedding dresses.  Megan and Michael couldn’t bring their pups, but Megan made sure to include them throughout the day.  She had their likeness created for the cake…and their lovely dogs sent them on an excursion later in the week off of Mackinaw (no wonder they love those dogs…:).  In the morning, as Michael was opening his gift from Megan, he was floored. And with the most sincere, kindest words, he said that he knew that there wasn’t anything Megan would do that wasn’t perfect.  He was glowing as he said it.  And later, when he saw his bride for the first time….the photos (and killer video) from the Neskes proved that.   Ok, one of my absolute favorite things is that one of the photos below AND I DIDNT TAKE IT.  Michael had told us that the Secret Garden was one of his favorite places on the island.  So, while we were making portraits of his new bride, I handed him the camera. And I got to enjoy watching her light up while he doated on her.   He did pretty great:).   The evening ended dining overlooking the bridge by candlelight.

Megan and Michael had an incredible team.  And a special shoutout to my husband who came with me and just carted my gear around.  He doesn’t normally get out to weddings with me, but he admitted that he would happily assist me on Mackinac any time. Not sure if it was the fudge or the views, but anyway, it was a day for the books! 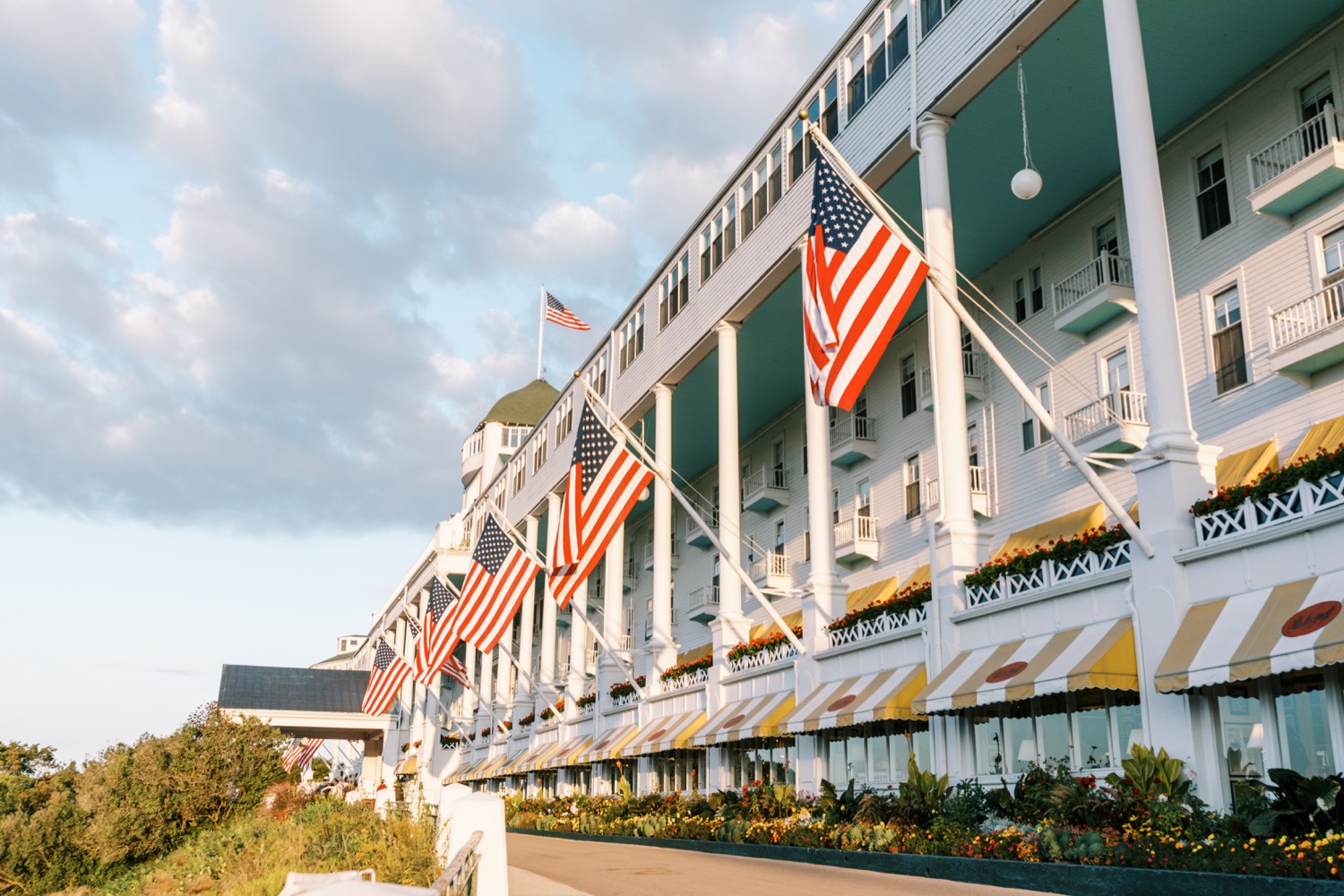