Max and Erin are married.  Their ceremony looked different than what they had in their mind for their wedding day.  Originally, these two planned a May wedding but covid had its way and changed their plans. Although they are celebrating with a big bash later (and yeah, I am going to be there), Erin planned an intimate wedding since they weren’t one extra day.  Some might call it a micro wedding, but man, there wasn’t anything small about the big amount of laughter and love.   I had been looking forward to this day since their engagement session,  and their vows certainly didn’t leave anything to be desired. They just walk into any space and make you want to HUG them. Dang, it was hard not to hug them!

Seriously, that dress.  I mean, when Max first saw his bride, he repeated over and over “I am marrying the most beautiful girl in the world”….and over again. I wish I had my phone just to record the audio, but I would imagine Erin’s going to have those words etched in deep in her memory for years to come.  He even circled her to get a better look…and repeated those true words again.  Max is a photographer (at least in the extra time he had during medical school).  Handing over the camera for him to capture his bride was the best. And yeah, he nailed those shots.  Their vows were said in his parent’s back yard, and the light was magical. There was a champagne toast, and the speeches were honest and priceless. The tables on the patio were elegant. The florals were lush. Luxe Event Linen and MI Honeybee Flowers transformed the space into a fairytale.  Of course, there was Emmy.  We might have wiped Max and Erin’s puppy right out with all of the activity, but her being able to attend made the day even more special.  Emmy even snuck in a few sunset photos. 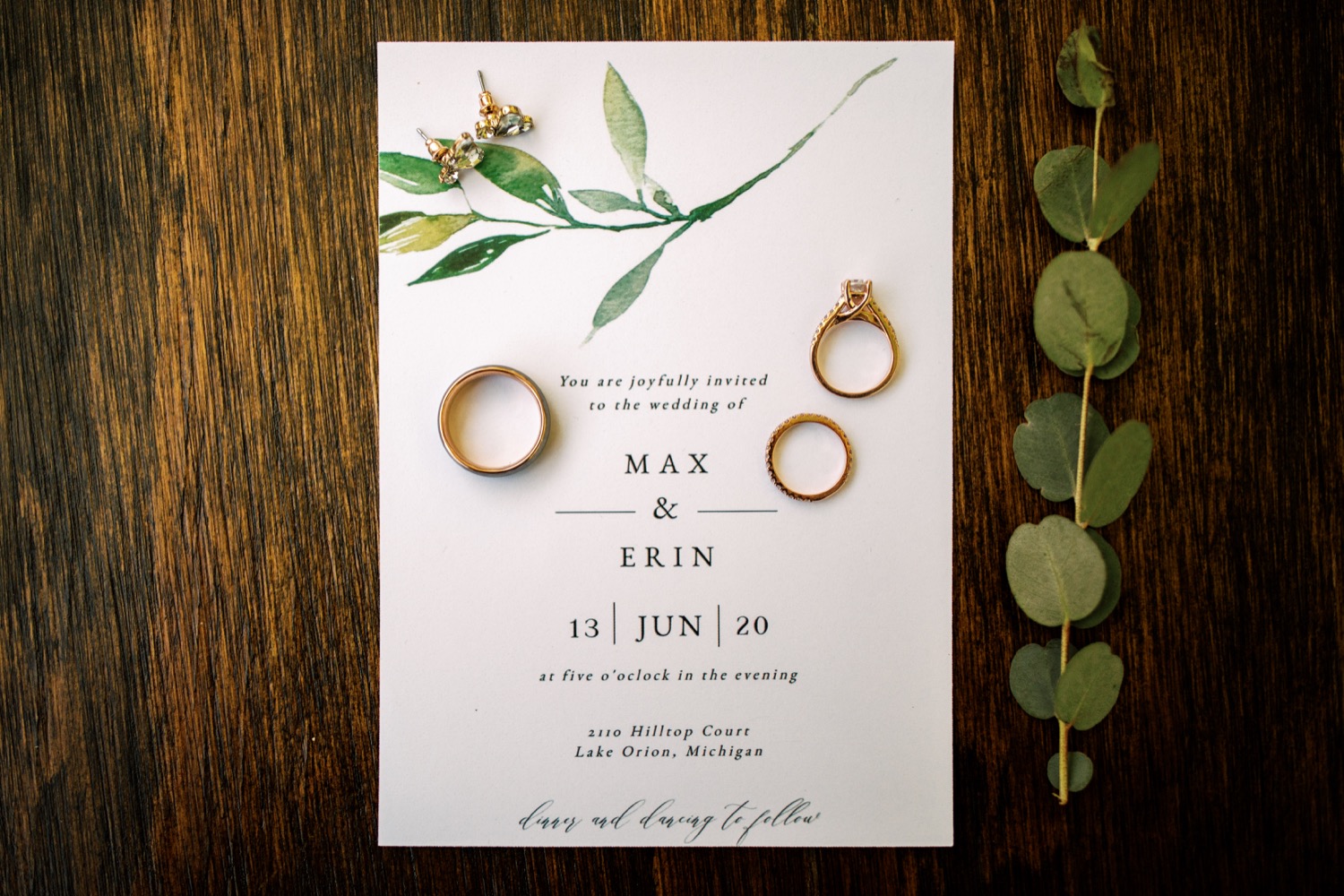