It’s so secret.  I dig a real romance story, and  Jenny and Garo’s is SO good.  From Jenny….

“We always default to how we met on a work trip in Las Vegas. Jenny works for General Motors, and at the time, Garo worked for an agency that works with GM. But, if you dig deep enough (or give Garo enough beers), he’ll admit he knew Jenny long before the Vegas work trip.  We bonded in Vegas over being two of the younger employees at the event and our love for working out. After the trip, we continued meeting up to workout together. Workouts turned into working out and grabbing a beer, and grabbing a beer turned into getting dinner. Getting dinner turned into late-night talks that lasted for hours, and eventually realizing we’d rather spend time with each other over anything else.

Garo has always been a big planner, so when planning the proposal to Jenny came on the horizon, he had no issues surprising her with an epic day. Due to our love of travel, we had already planned a trip to Alaska. Garo used our connections in AK (shout out to Cullen Haelser) to plan a flight trip of Denali- the largest peak in the US. He used the rare view of the Denali peak during our flight, and an extra pilot, to capture the special moment.”

It’s clear why we headed to Eastern Market at started their engagement session at the Eastern Market Brewing Company (and thank you to them for a perfect setting and delicious beer).  So much fun. And so much gorgeous light. And these two beautiful humans.   I am so looking forward to their wedding at Sacred Heart Chapel and reception at the Masonic Temple in the city this fall. 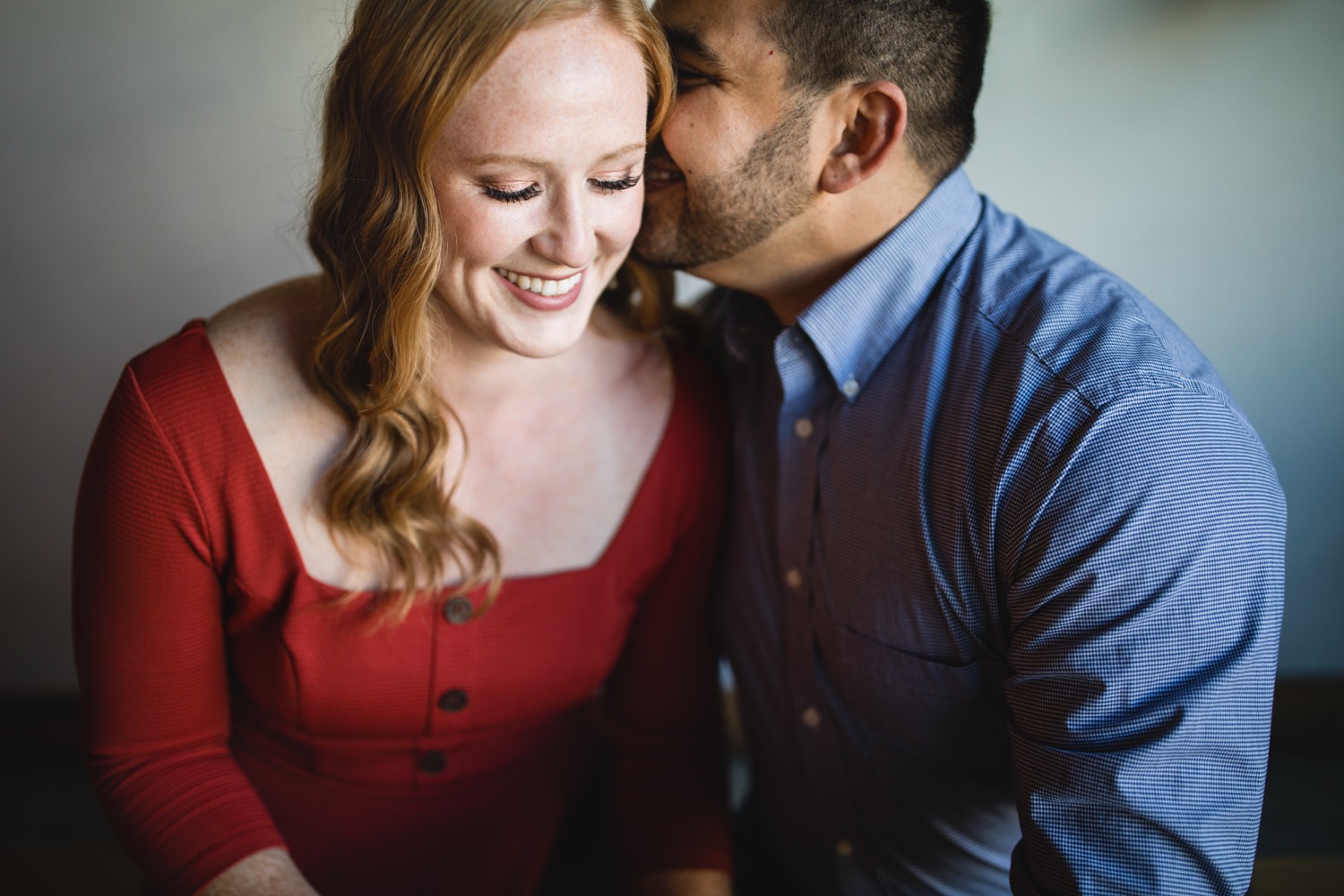